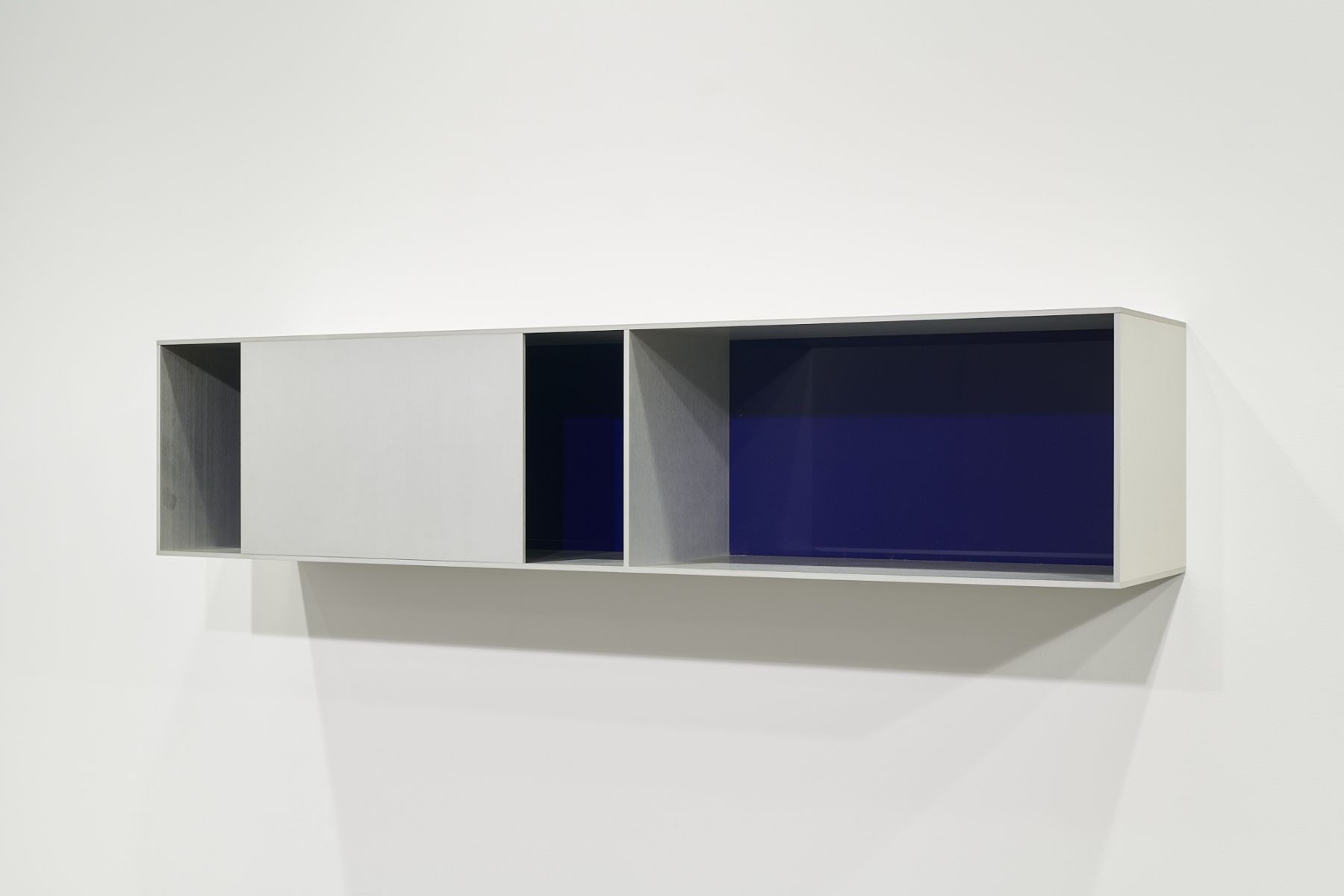 Judd was a painter until the early 1960s, when he began making work in three dimensions which changed the idea of art. His oeuvre has come to define what has been referred to as Minimalist art—a label the artist strongly objected to.

His sculptures and installations, constructed out of industrial materials such as Plexiglas, concrete, and steel and arranged in precise geometric shapes, were intended to emphasize the purity of the objects themselves rather than any symbolic meaning they might have. His particular interest in architecture led him to design both the sculptures and the spaces in which they would be contained.

In his own words, Judd's aim for his works was to communicate "the simple expression of complex thought." 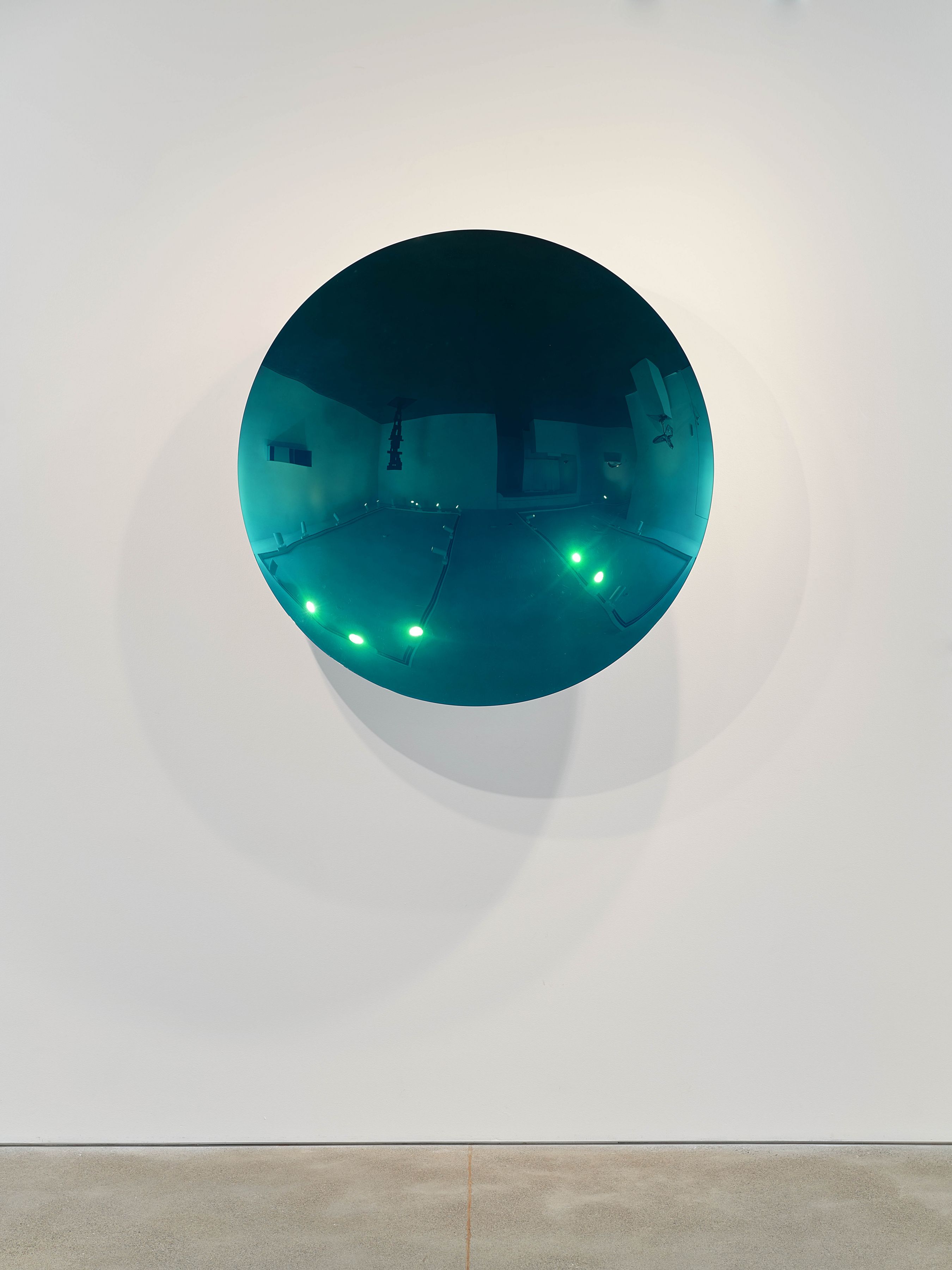 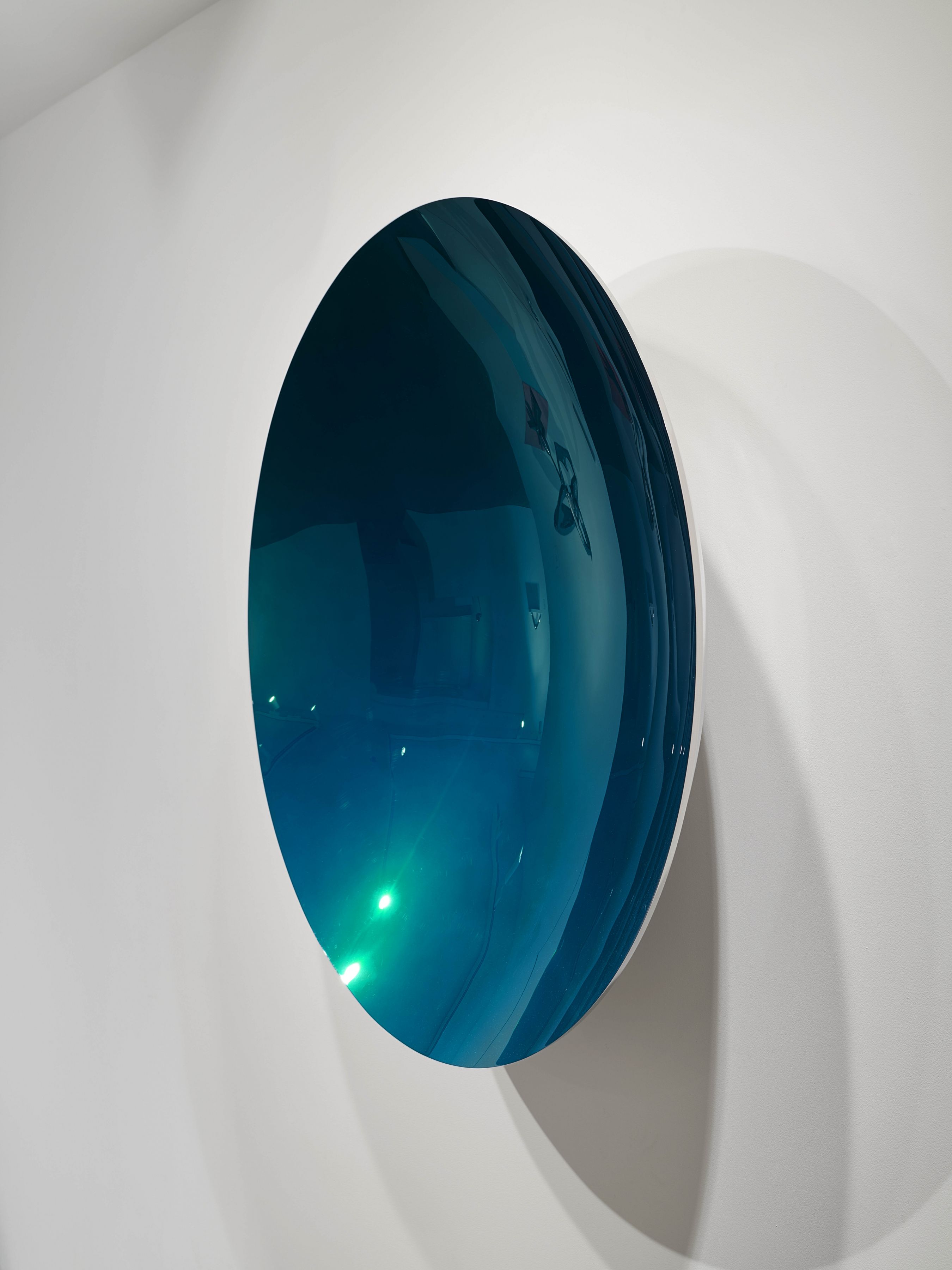 "I am interested in sculpture that manipulates the viewer into a specific relation with both space and time. Time, on two levels; one narratively and cinematically as a matter of the passage through the work, and the other as a literal elongation of the moment... Space is as complex, the space contained in an object must be bigger than the object which contains it. My aim is to separate the object from its object-hood." 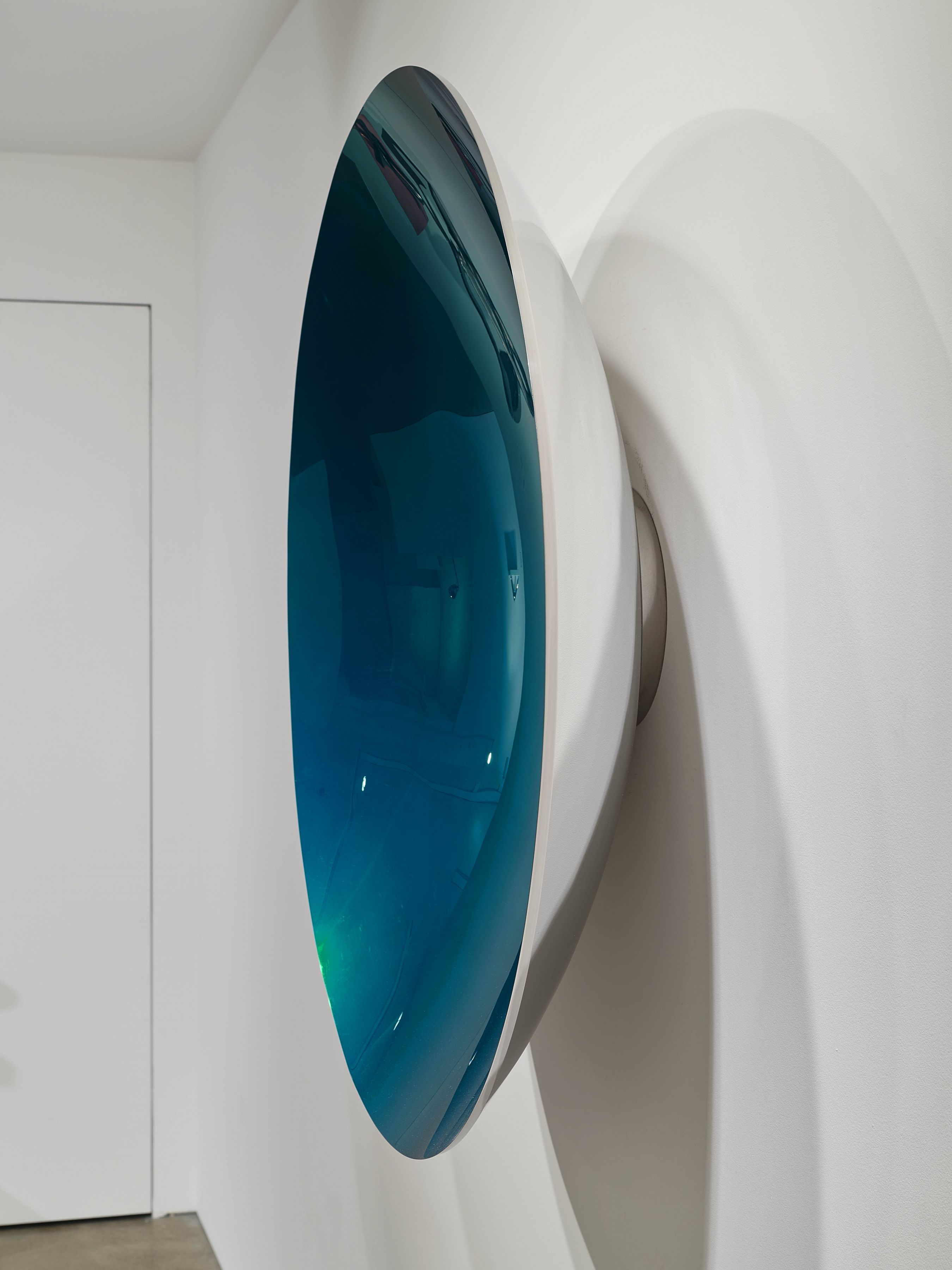 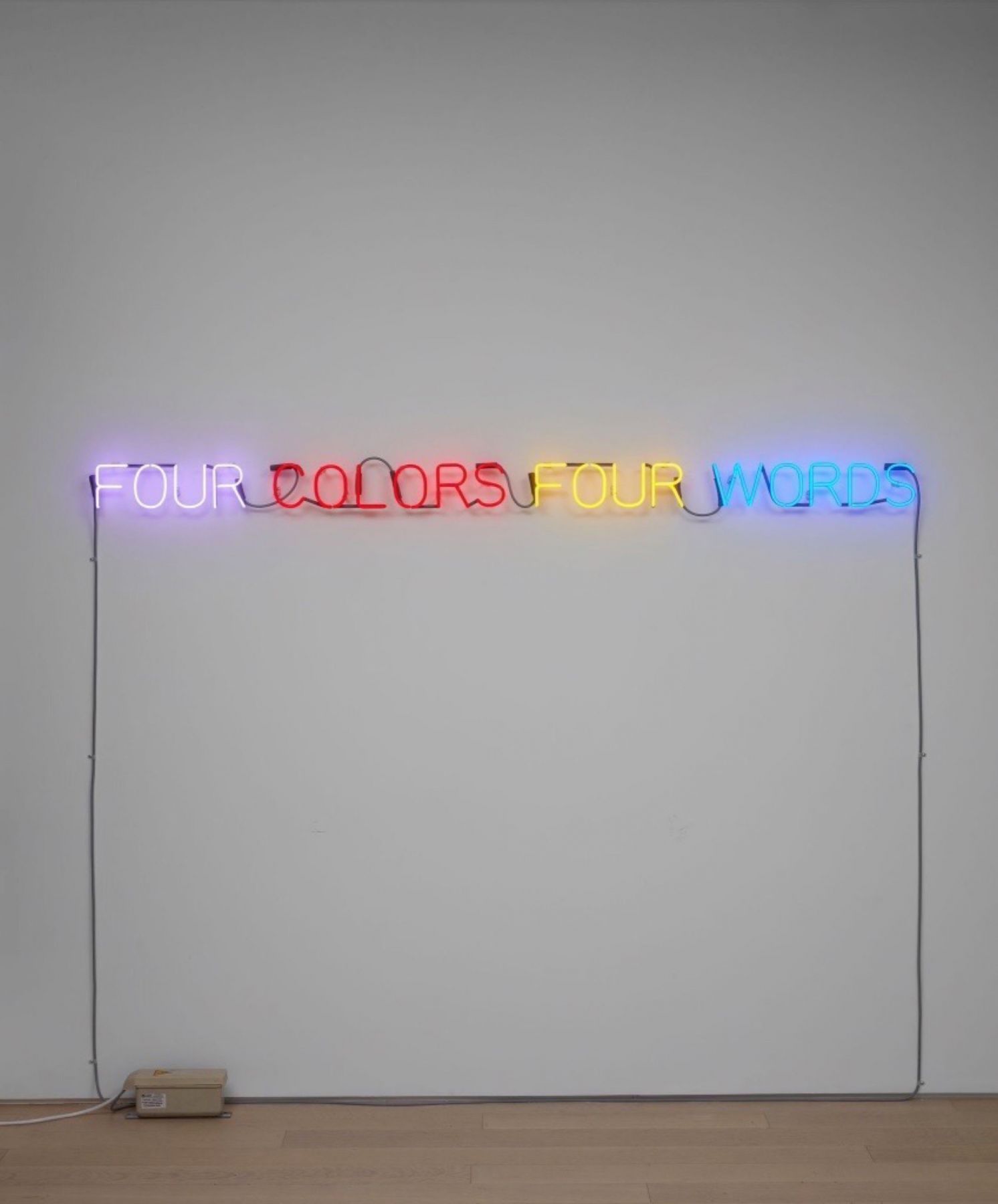 Kosuth's language-based works kickstarted the employment of textual appropriation in art in the 1960s. A pioneering Conceptual artist, Kosuth removes emotionality and his own personal history from his work, effecting largely self-referential compositions that quite literally speak for themselves. Many of his works are tautological.

Kosuth's 1968-9 manifesto Art after Philosophy essentially provided the framework for the Conceptual art movement. Later, in the 1970s, he studied anthropology at the New School, and spent stints in the Peruvian Amazon and in Aboriginal Australian territories. He sought to embed himself in cultures free of any attachment to the Anglo-American way of life.

"Artists question the nature of art by presenting new propositions as to art’s nature. And to do this one cannot concern oneself with the handed-down "language" of traditional art, as this activity is based on the assumption that there is only one way of framing art propositions." 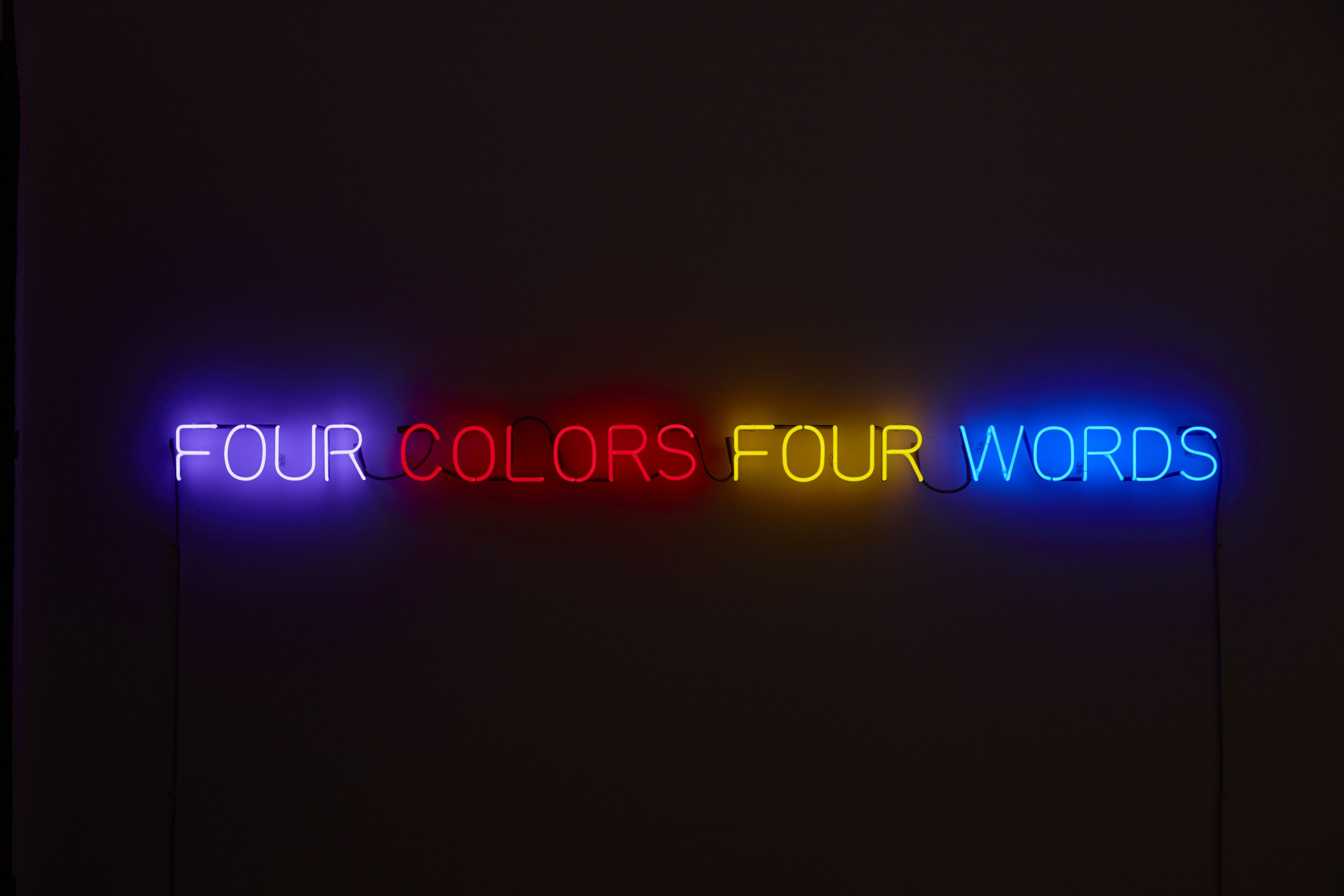 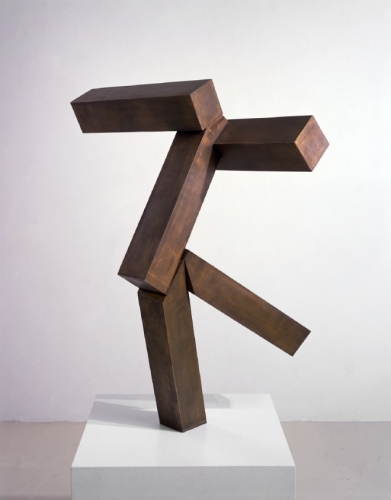 Creating complex figures from simple geometric shapes, Shapiro is celebrated for his Minimalist sculptural aesthetic. Drawing inspiration from ancient Indian and Greek art, as well as the works of Degas, Brancusci, Serra, Andre, and Judd, Shapiro first worked on a small scale, his practice later evolving to encompass a range of sizes, from miniature to monumental.

By the 1980s, Shapiro had begun creating the signature dynamic and geometric sculpture for which he is best known. Inspired by the human form, he explores the fine line between movement and stasis by building figures that appear to defy gravity. He utilizes the physical principles of compression, projection, cantilevering, and balance, and often his subjects appear to be dancing, falling, leaning, or flying.

"Scale is a relationship of size and an experience. You can have something small that has big scale. Objects tend to have no scale when they’re meaningless. But scale is about a relationship and I think size is about measurement."

- Joel Shapiro, in a 2009 BOMB Magazine Interview with Michèle Gerber-Klein 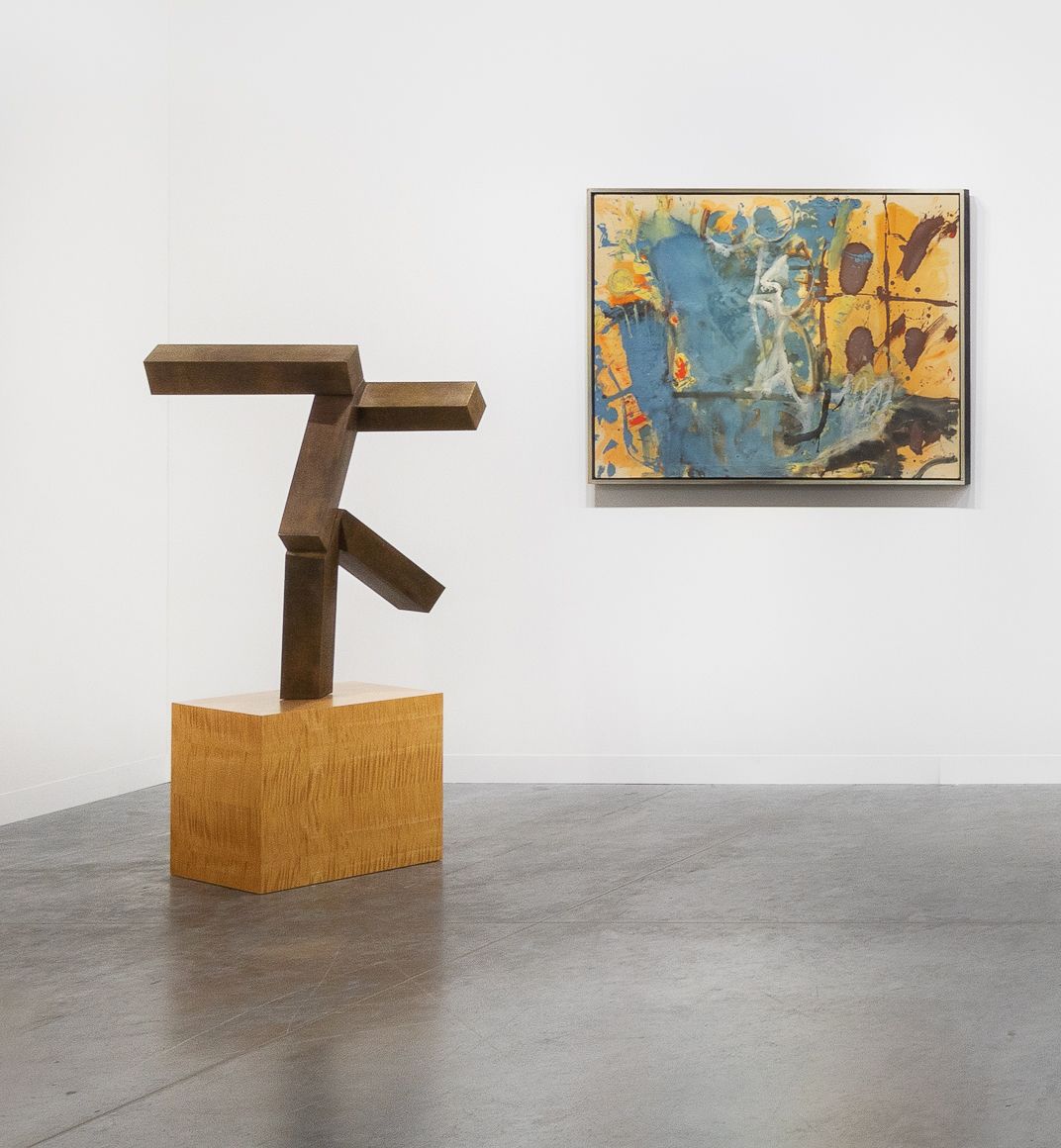 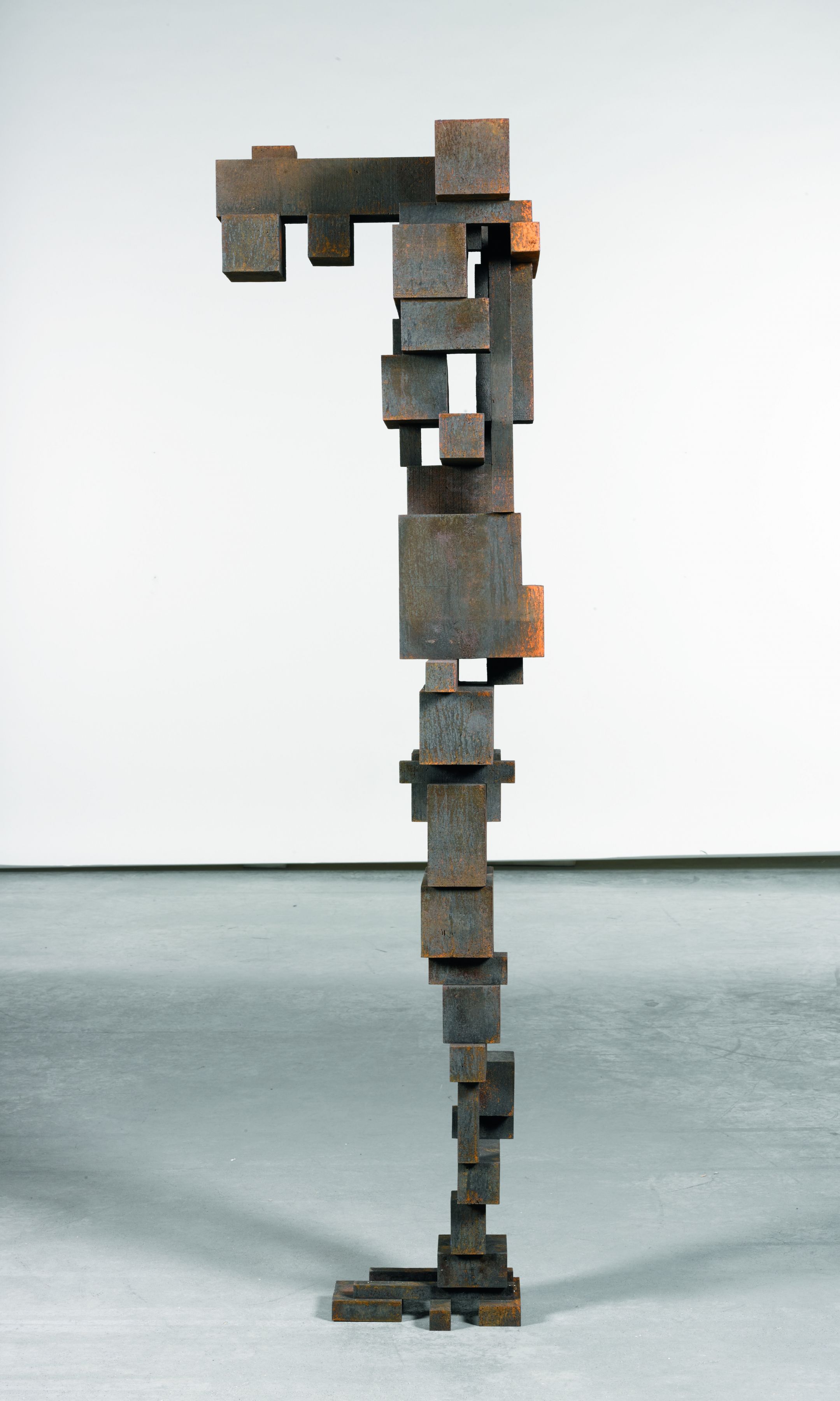 In his sculptures, installations, and public artworks, Antony Gormley explores the relation of the human body to space and moments in time. He is well known for his sculptures that use a cast of his own body as their starting point and for his large-scale, outdoor installations such as Angel of the North (1998) and Another Place (1997).

In Event Horizon (2007), which has been shown in London, Rotterdam, and New York, Gormley sited 31 body forms atop rooftops, riverbanks, and sidewalks within the dense urban environment. In One & Other (2009), a project for the Fourth Plinth in Trafalgar Square, London, he invited members of the public to create their own artwork on top of the plinth for one hour time slots over a period of 100 days.

"I would say that the whole way that I have approached the body is as a space, not a thing - not an object to be improved, idealised or whatever, but simply to be dwelt in." 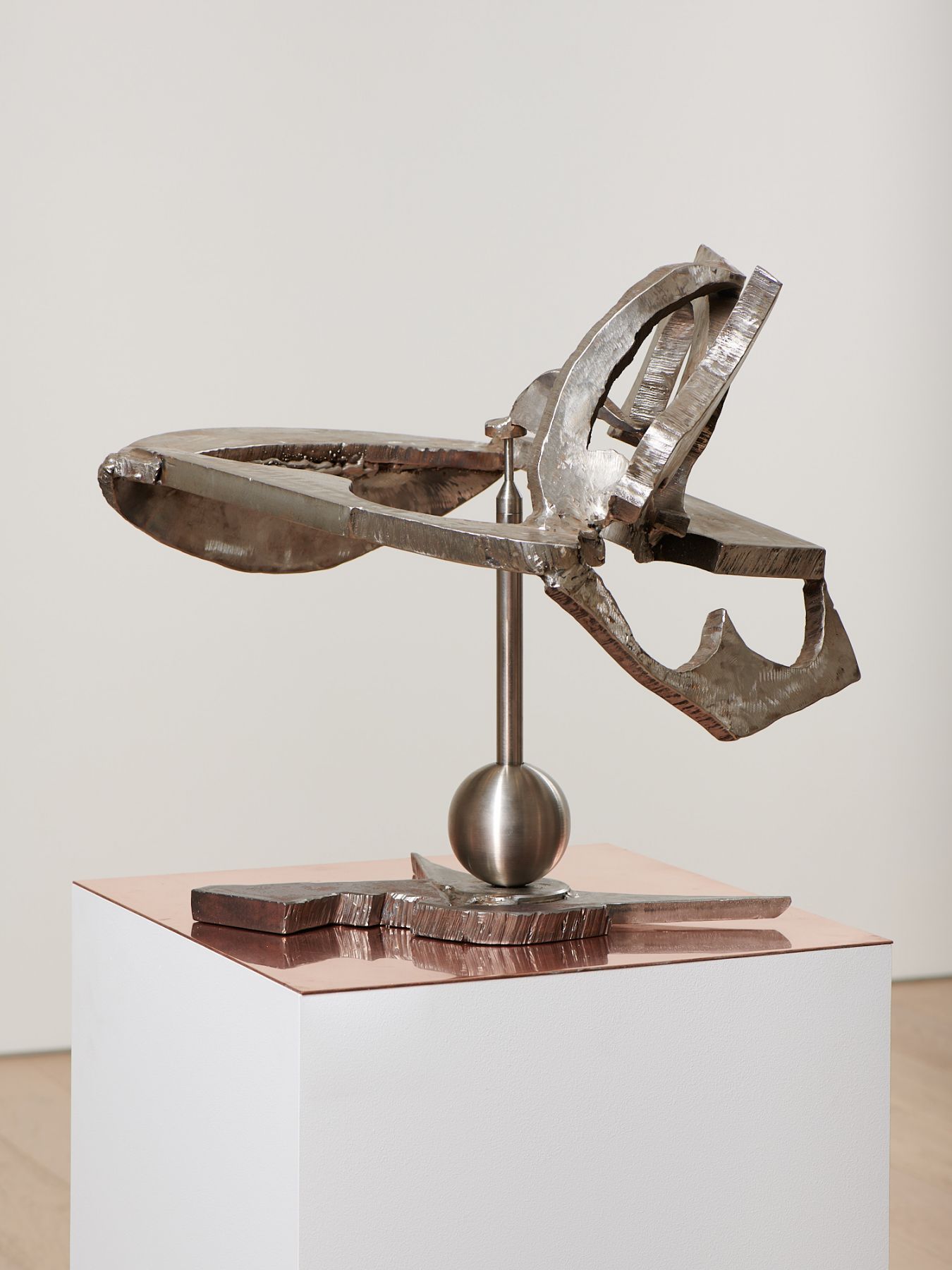 Often regarded as one of the most important living American sculptors, Mark di Suvero began his steady rise to prominence in the 1960s with exhibitions at the March Gallery, NY (1958), Green Gallery, NY (1960), and his ground breaking solo exhibition at the Jardin de Tuileries, Paris (1975), where, as the first living artist bestowed with this honor, he exhibited the monumental, industrially informed works that have become synonymous with his name. That same year, di Suvero was given his first one-person American museum exhibition at the Whitney Museum of American Art, which included many smaller works that were similar in scale to the sculpture highlighted in this current exhibition.

Today, di Suvero is best known for his large outdoor sculpture – works such as Pax Jerusalem (1999) at the California Palace of the Legion of Honor, and Mother Peace (1969-70), at the Storm King Art Center, that demonstrate his long lasting commitment to public art. These large works require audience participation, begging for the type of meditative circumambulation that was popularized early on by the Greco-Romans and reemphasized by Michelangelo and his followers in the 1500s. This need for viewer interaction is a major tendency in di Suvero’s small scale sculpture as well.

“Participation inside a piece, where you don’t just stay as a static external observer but actually enter and change the piece itself; I think that is central to the work that I’m trying to do.”