Enter the Virtual Walk Through for the Exhibition Here

Berggruen Gallery is proud to present
Richard Diebenkorn: Paintings and Works on Paper, 1948-1992, a historical exhibition of work made by the artist over six decades. This is the gallery’s ninth solo exhibition of Diebenkorn’s work since his first show at Berggruen in 1975. The exhibition will be on view February 18 through April 30, 2021. 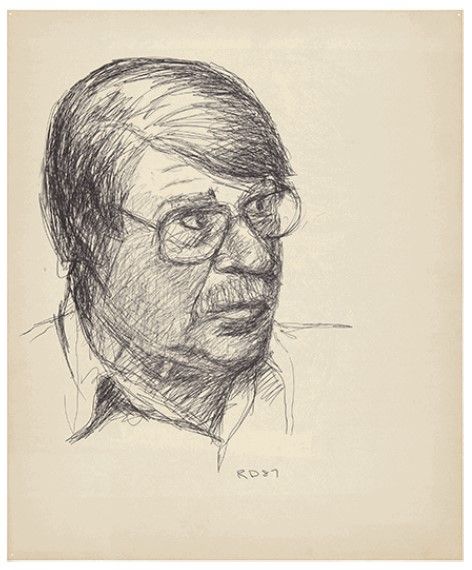 Richard Diebenkorn, whose career spanned five decades, has long been revered as one of the most influential 20th-century American painters. He is also considered a quintessentially Californian artist. His profound oeuvre is comprised of distinct aesthetic periods, including unprecedented exploration into abstraction, the figure, landscape, and still life. Today, the artist is most known for helping found the Bay Area Figurative movement in the 1950s and for the masterful Ocean Park series he commenced in the 1960s. Yet no matter his chosen subject, the artist always created strong compositions marked by vivid, gestural planes. Diebenkorn produced such a compelling body of work throughout his lifetime that his influence continues to inspire artists today. 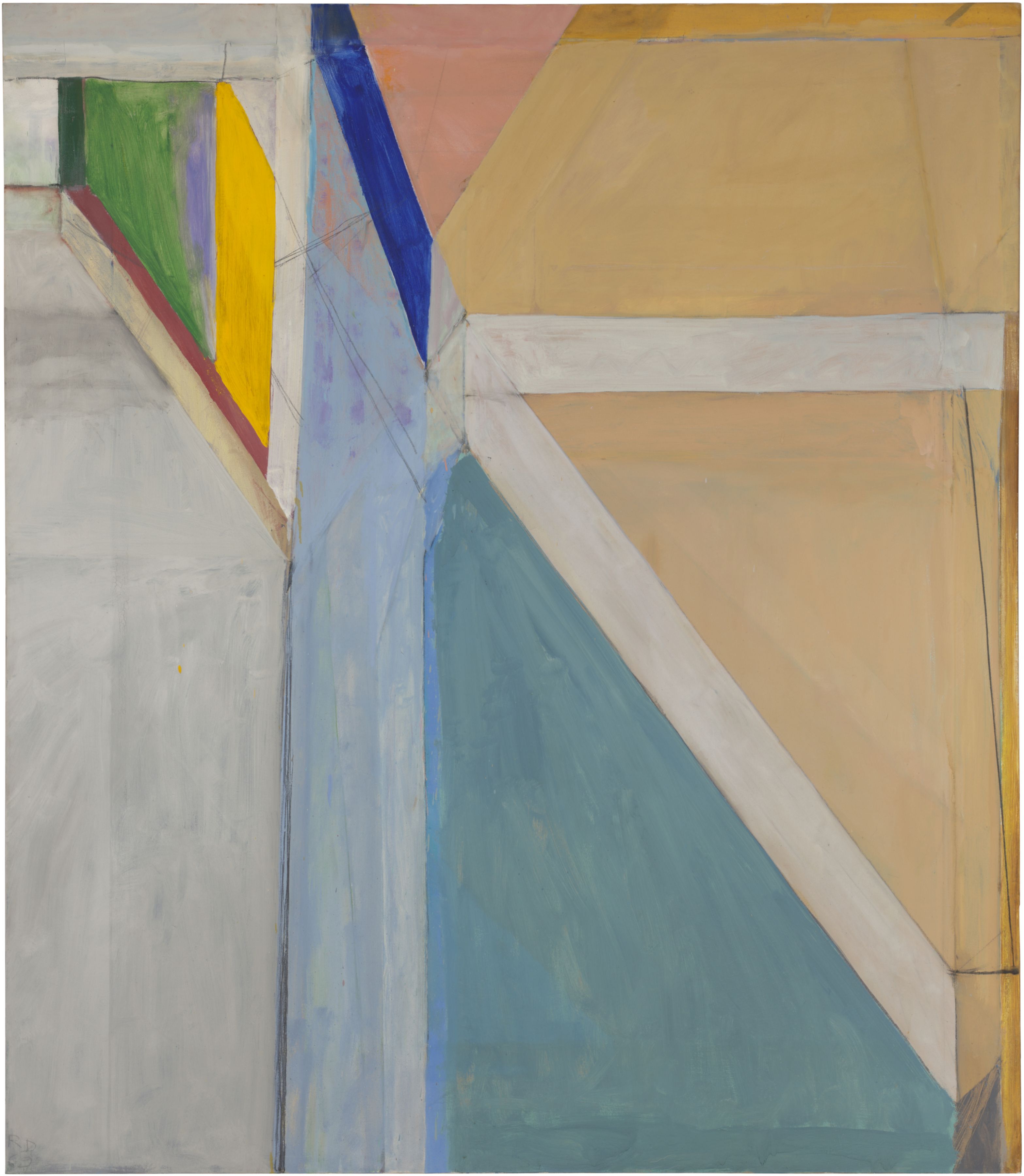 The three-story survey features over fifty paintings, works on paper, and limited-edition prints—including rarely exhibited works from private collections. Deemed “one of the most compelling and masterful bodies of work in American art,” the Ocean Park period is central to the exhibition (Price, 2011). Structured yet lyrical, Ocean Park #23 boasts dissecting planes of aqua, ochre, and viridian. The 1969 canvas is exemplary of the kind of work Diebenkorn was making in Santa Monica at that time: “In paintings made between 1968 and 1970, there are wholly satisfying examples of wide white bands articulating planes and panels of jewel-toned colors…evocative of the transcendency and radiance of stained-glass windows.” (Bancroft 2011).

“Of course, I don't go onto the studio with the idea of 'saying' something – that's ludicrous. What I do is face the blank canvas, which is terrifying."
—Richard Diebenkorn 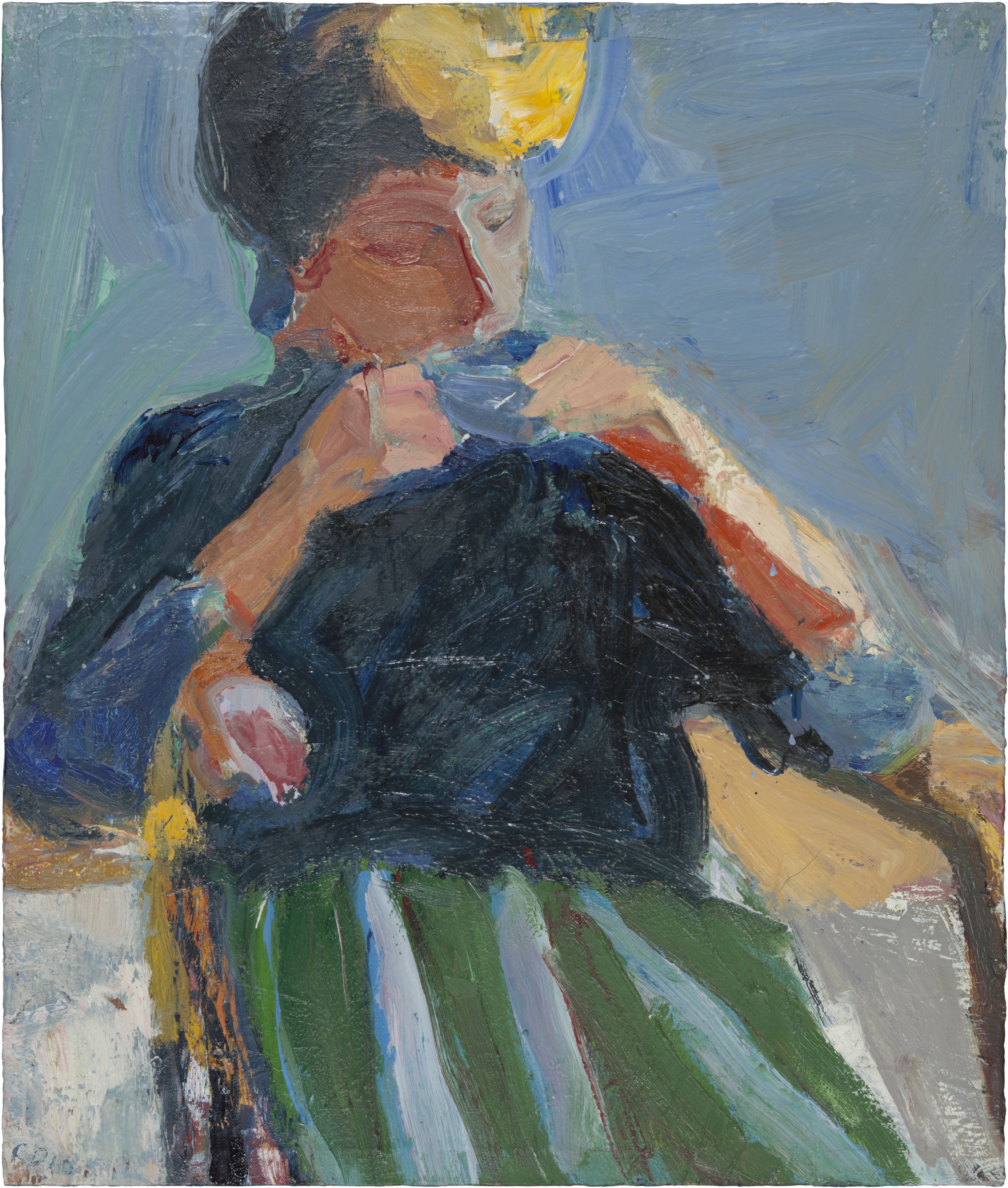 While Diebenkorn is renowned for his Ocean Park masterpieces, he is also a father to the exceptionally intriguing Bay Area Figurative movement. Art historian and curator Jane Livingston notes that the “creator of the famously grand, opulent and luminous Ocean Park paintings [also] turns out to be one of the twentieth century’s most accomplished masters of modernist figuration, and of the intimate world of still life, and of ordinary domestic existence” (Livingston 2003). In a time when Abstract Expressionism had charge of the art world, Diebenkorn embraced a thematic shift—returning to the possibilities of representation. This gave way to a distinct figurative period, encompassing some of Diebenkorn’s most deliberate and emotive works. Yet no matter his chosen subject or stylistic approach, the artist always created strong compositions marked by vivid, gestural planes.

"Part of painting is physical. Another part is intellectual. The most highly prized aspect is intuitive, when it is operative. The percentage changes with each painting. There should be a balance."
—Richard Diebenkorn 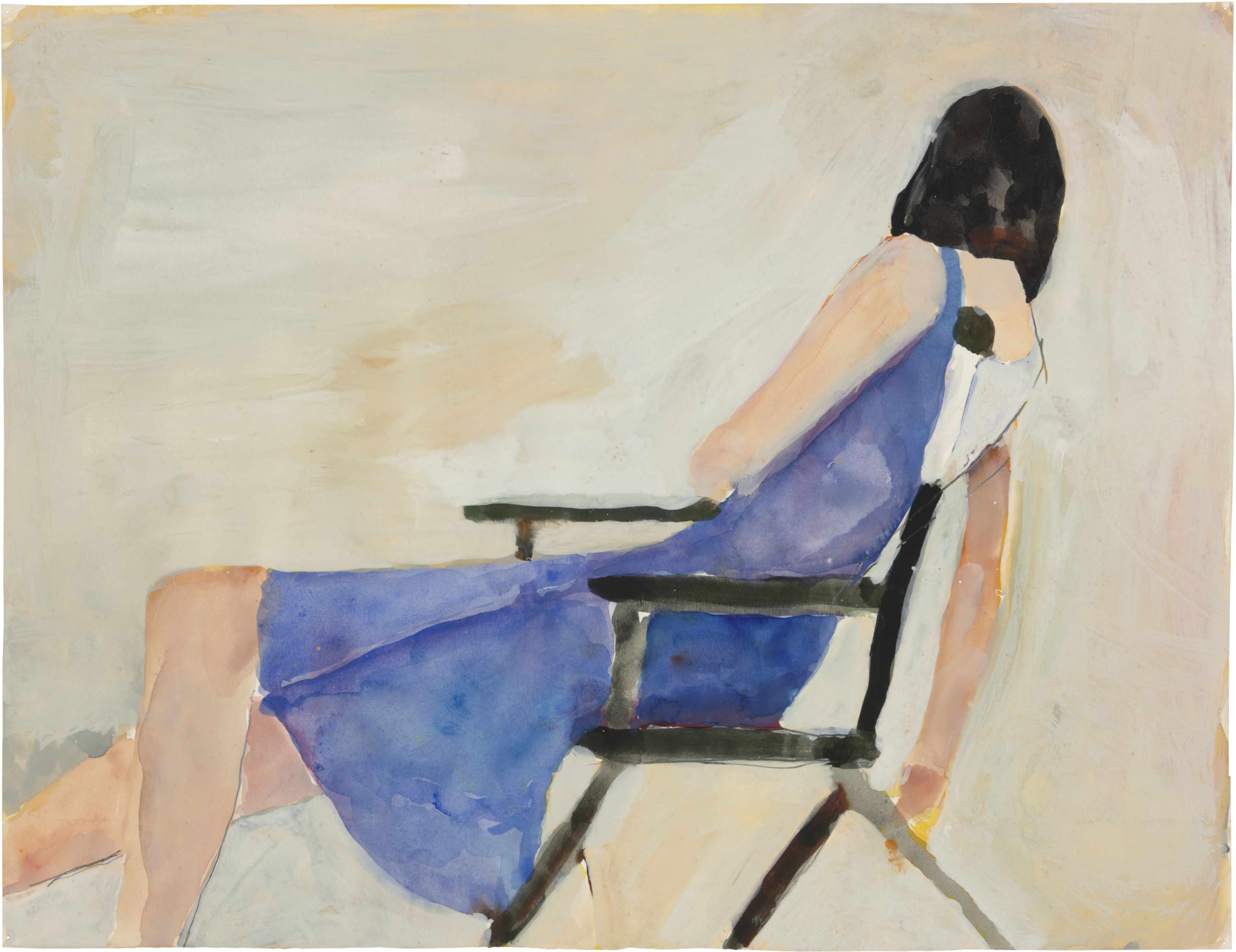 Late in his career, Diebenkorn wrote a studio note with ten guiding principles on beginning a painting. The first point began, “attempt what is not certain.” Featuring works from every period and in every medium of his practice, Richard Diebenkorn: Paintings and Works on Paper, 1948-1992 illuminates how the artist accomplished this endeavor. A careful amalgam of abstract and figurative works, the exhibition evinces the range and depth of Diebenkorn’s entire artistic output. Diebenkorn produced such a compelling body of work throughout his lifetime that his influence continues to inspire and affect artists today.